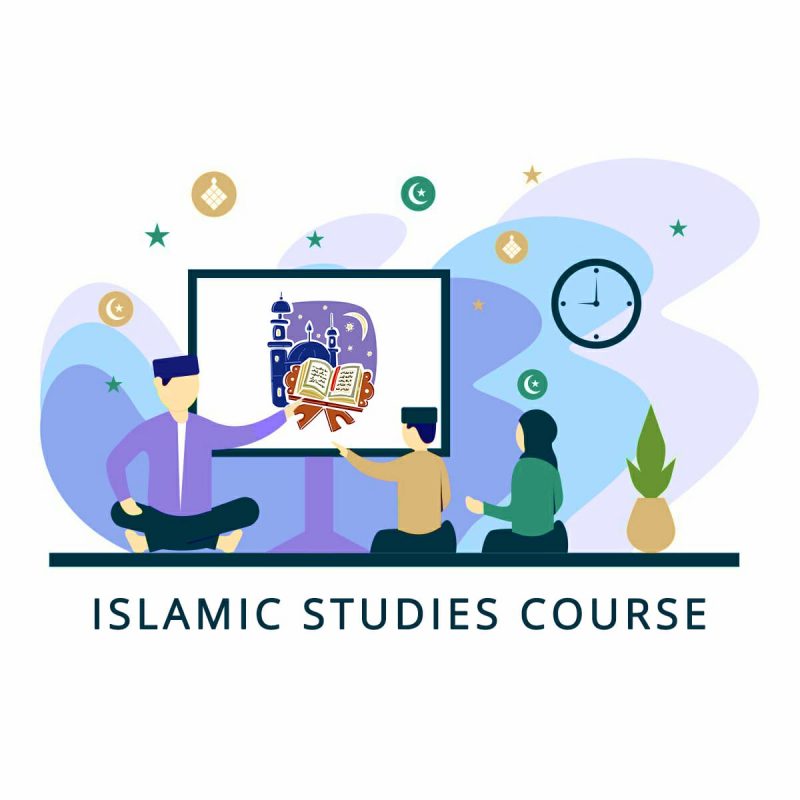 The program of Islamic studies consists of five majors areas that are essential
for every Muslim of thrust namely Islamic Religious Sciences
(including Al-Tafsīr, Sīrah, Science of Hadith, Fiqh, and Aqidah) each area is
divided into several levels that go from beginner to advanced knowledge. The
structure of Islamic Studies is as follows:

1.    Al-Tafsīr
The word ‘tafsir’ comes from the root word ‘fassara’, which means
to expound or to explain. Therefore, the Tafsir of the Quran means the
explanation or interpretations of the verses of the Quran. The Tafsir of Quran
is not something done by anyone with ordinary or common intellect and
understanding of Islam; rather people do it after obtaining extensive knowledge
about Islam and reading the history of Islam thoroughly. The objective of a
Tafsir is to find out the true meanings of the verses of the Quran so that the
audience could benefit from it and know the right and true message of the Quran.

2.    Sīrah
The phrase sīrat rasūl allāh, or as-sīra al-nabawiyya, refers to the study of
the life of prophet Muhammad.
when we study the blessed life and the times of the Prophet Muhammad (Peacebe Upon him),
we are traveling in his journey and it is as if we are following his footsteps.
Studying Seerah is a sign of love and it increases our love for the Proph­et
Muhammad (Peacebe Upon him).
We should love him more than our parents, children, all people, and even
ourselves. Narrated Anas (May Allah be pleased with him) that the Prophet (Peacebe Upon him)
said:

“None of you will have faith till he loves me more than his father, his
children, and all mankind.”
(Al-Bukhari 15).

3.    Al-Ḥadīth
Technically Hadith means the narration of the sayings, doings, or
approvals (Taqrir) of Muhammad (peace be upon him).
Al-Hadith is a collection of traditions containing sayings of the prophet
Muhammad, which, with accounts of his daily practice (the Sunna), constitute the
major source of guidance for Muslims apart from the Qur’an.

4.    Al-Fiqh
Uṣūl al-fiqh,
the sources of Islamic law and the discipline dedicated to elucidating them and
their relationship to the substantive rulings of the law. The field of uṣūl
al-fiqh encompasses
theoretical discussions of the nature of the religious law, its relationship to
reason and ethics, and its derivations from the Qurʾān, the Prophet’s Sunnah
(the practice of the Prophet Muhammad as transmitted through his sayings,
actions, and tacit approval), ijmāʿ (consensus
of scholars), and qiyas (analogical deductions from these three), as well as
some other possible sources.

5.    Aqidah
Abstract: The Prophet Muhammad (peace be upon him) was sent to guide people to
happiness in both lives. The Prophet guided by Allah through the Qur’an and
Hadith used different methods to achieve his message to humankind. Quranic
narratives were among the main methods used by the Prophet Muhammad (peace be
upon him) to achieve and deliver knowledge to his followers. The Qur’anic
narratives, however, came in different types such as Prophets’ narratives and
that of other saintly people. These narratives occupied one-third of the Qur’an.
The first requirement therefore for a person who has accepted Islam as his way
of life is to understand and accept certain teachings or elements of knowledge
that one can know only from revelation. These are called the creed or Aqidah.
The correct Aqidah has been revealed by all the Prophets, but most precisely in
the Qur’an and Sunnah of the Prophet Muhammad. It is therefore in line with this
background that this paper intends to address the Role of Islamic Aqidah and its
Impact on the Lives of Muslims. The paper stresses the importance of correct
Aqidah as well as how religiously it influences the lives of Muslims.